In 1965, the Society began identifying historical sites, events and people. We then began erecting historical markers to commemorate them. Over the years, more than 50 markers have been placed around the county.

These markers divulge the memory of a land by highlighting rich stories, interesting people, unusual weather and wars that affected the community.  They demonstrate how hard work and events, and sometimes serendipity, formed Manatee County. Our markers are placed all over the county from Bean Point in Anna Maria to the Craig Sugar Mill Chimney in Ellenton.

Check out the latest marker in person: 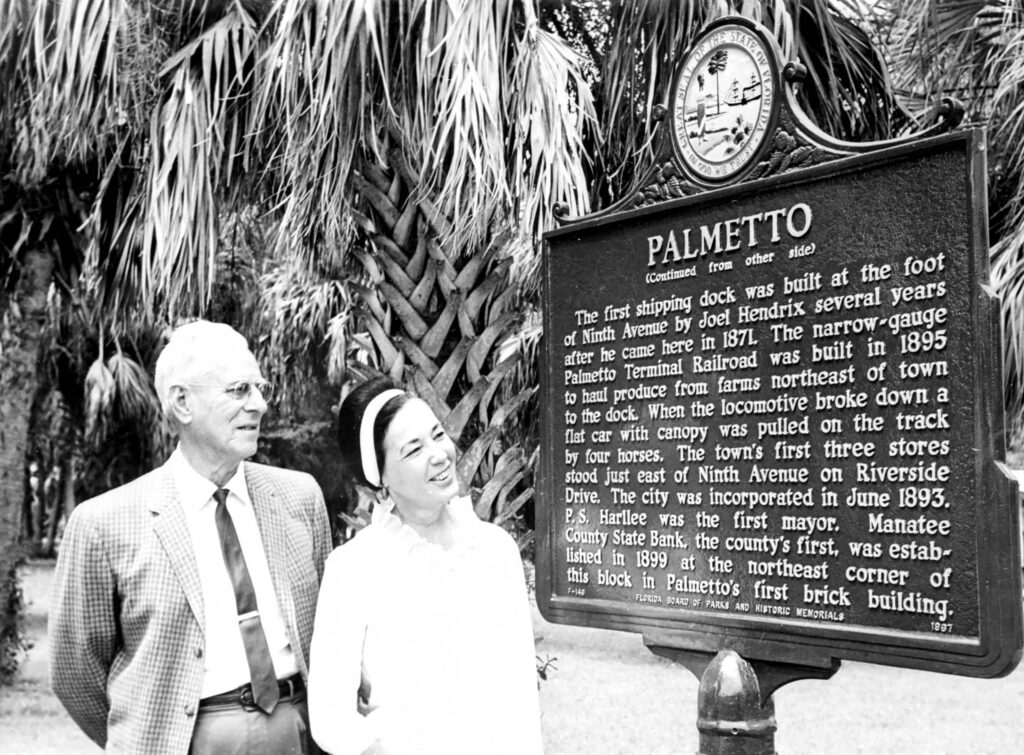